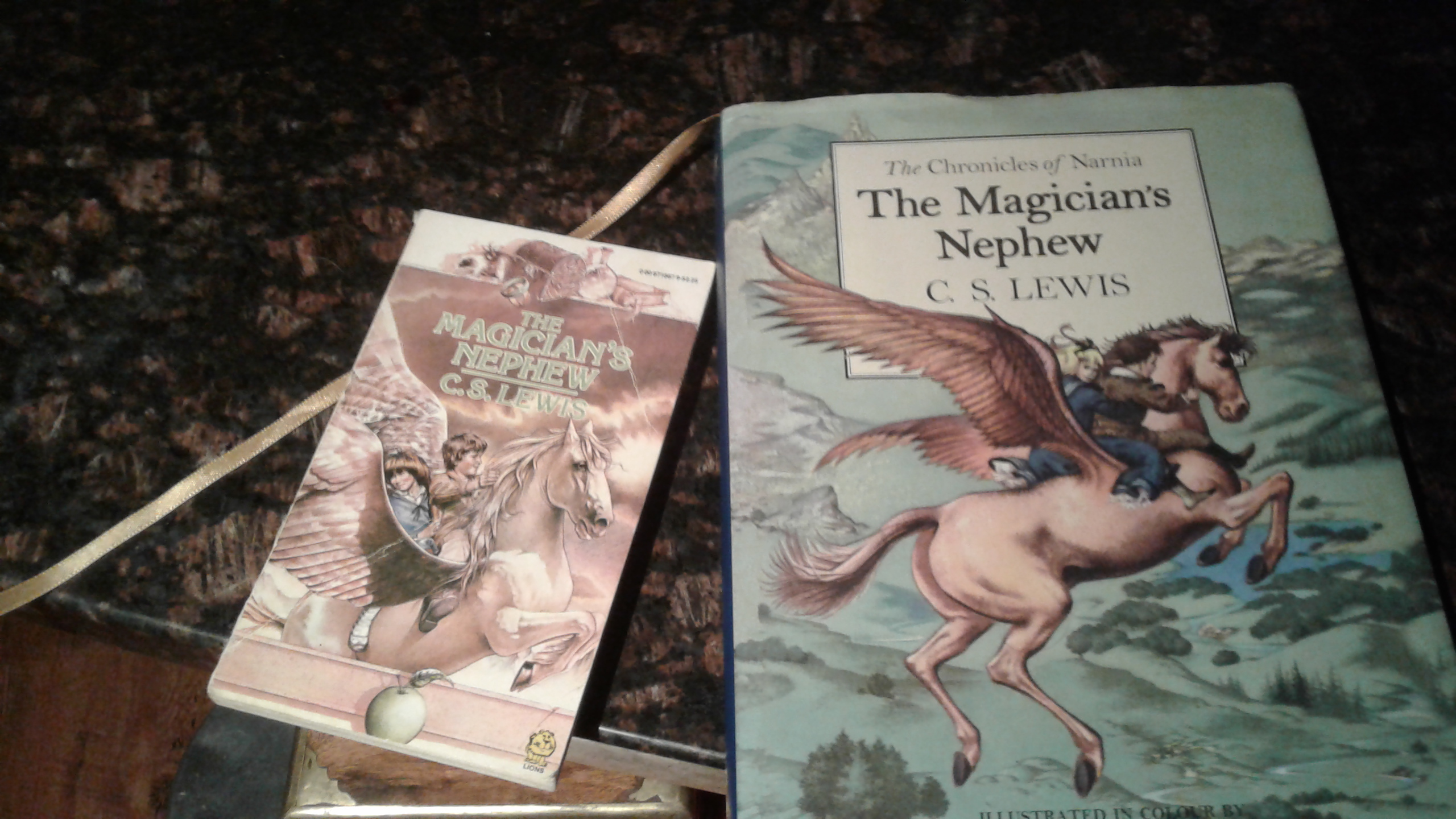 "My dear, would you like to be a winged horse?" - Aslan

When Aslan said this he once again showed his power. This power could be said to be godlike. He gave the horse Strawberry wings and and the new name Fletch. This means that Aslan was able to effortlessly change an animals anatomy. He also seems aware of other universes. This is shown when he is shocked that the children met the witch. He knew that the children should go and get an apple. which implies that either he knows far more than he should or he is omniscient. I like to think that Aslan is a god because that would explain a lot in the series.

Uncle Andrew is also a bit to knowledgeable. I do not believe that the the 1930's someone who is not a scientist or working for the government has created rings that allow him to enter exit the woods between worlds. This is an unrealistic part of the book, but if you get past this, the rest of the book is pretty good. Me and My family (excluding my wierd brother) all love the Narnia series and like to name our pets after the Characters in the book.